Michael Kalter W8CI and Frank Beafore WS8B, co-chairs of the Hamvention Awards Committee, are delighted to present this year’s amateur radio award selections. Despite our current international health situation, the Hamvention committee elected to continue with its selection of outstanding radio amateurs. Hamvention will be back next year in full force. Our winners are: Technical Achievement: WX6SWW – Tamitha Mulligan Skov is well known as the “Space Weather Woman”. Folks that have seen her space weather forecasting show will freely admit that she is full of energy and excited about her work. She is a real space pioneer. Special Achievement: W3WL – Wesley Lamboley was nominated by his peers for his lifetime, high energy support for the science and art of amateur radio. Not only has Wesley supported youth coaching, membership recruiting and technical problem assistance, he always does it with a smile and great humor. Amateur of the Year: WP3R – Angel M. Vazquez is known for being one of the principal support engineers for what was one of the greatest antennas in the world – the National Science Foundation’s Arecibo parabolic dish antenna. Angel’s award stems from his unswerving and diligent support of amateur radio throughout the entire territory of Puerto Rico and extends worldwide. Club of the Year: K4HTA – The Vienna Wireless society  As always, it is very difficult to choose the club of the year as we receive many deserving club nominations from around the world. The Vienna Wireless society was chosen this year for its 58 years of service to the amateur radio community. K4HTA with its 280 members focus on youth education, public service and promoting the overall growth of radio through the DC area and around the world. The following are short biographies of our 2021 award selections. Please join us in congratulating all of them for their lifetime achievements supporting our great radio amateur community. Special Achievement Award: Wes Lamboley W3WL Wes spent 40 years in the Aerospace Industry. He was a technical writer, Electrical and Systems Engineer, manager and wound up in England as an Engineering Liaison for Boeing on a jointly developed tactical radar-guided missile with the Marconi/British Aerospace Corporation. His bottom line has always been that “I love my job, and never worked a day of my life,” adding that at times that was a bit of a stretch. 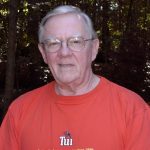 He truly enjoyed his career, but says, unequivocally, that “I owe most of my success to ham radio.”
Wes was introduced to Ham Radio in 1955, one of his buddies invited him to attend Field Day, and the rest is history. Not only did he get hooked on ham radio, but it provided the spark for a career in electronics. “Many Elmers helped me and I try to pay it forward as best I can, especially for young people.” Wes also enjoys working with various civic groups and ham radio clubs, getting involved and helping them to be successful. Wes views ham radio as a catalyst for an adventure! It seems that most aspects of life can be made more interesting by adding a bit of ham radio to the activity. A good example may be the five SWODXA “DXpedition of the Year” plaques hanging in his shack. The real adventure is going to far-off places, but once we are there and enjoying the cultures and landscapes, we get to play radio too!   Technical Achievement Award: Dr. Tamitha Mulligan Skov WX6SWW Tamitha Skov is a credentialed Space Weather forecaster. Her forecasting work as the “Space Weather Woman” is widely known on social media such as You Tube, Twitter, and Facebook. She has been featured in Popular Science Magazine, MIT Technology Review, and on television shows for The Weather Channel and The History Channel. Her weekly space weather video podcast episodes are frequently featured on QRZ.com and she makes regular appearances on other amateur radio-related shows such as Ham Nation on Ham Radio Crash Course (formerly on TWiT.TV) and Space News on TMRO.TV. She has held a technician’s class license since 2018, call sign WX6SWW, and she specifically became an amateur radio operator to better understand the needs and serve the amateur radio community. Tamitha has taught at Contest University multiple times and has given invited talks for the ARRL, Hamvention, and for many amateur radio clubs across the world. Outside of her professiona 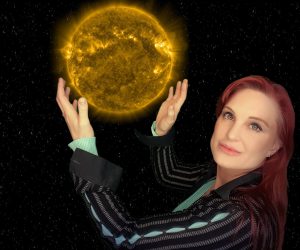 l position as a research scientist for The Aerospace Corporation, she is currently teaching the art of Space Weather forecasting to meteorologists at Millersville University, and working with the ARRL and HamSCI.org to help create new official education materials for new hams and the ARRL community. She is always seeking new ways to bring an awareness of Space Weather and its effects into the mainstream and hopes to herald in a new era of TV weather broadcasting before the end of Solar Cycle 25.     Club of the Year Award:  The  Vienna Wireless Society K4HTA The Vienna Wireless Society was founded 58 years ago by amateur radio operators in the Town of Vienna, Virginia. An ARRL affiliated club, it is now the largest and most active Amateur Radio Club in the Washington, DC area. Our priorities are fostering a fun and inclusive environment, building comradery, and focusing on the key areas of: Service, Education, and Communication. Our Service work includes providing communications for numerous organizations, including the Marine Corps Marathon, as well as many local events. We are also proud of the services we offer to the amateur radio community.

Our antenna installation team installs, removes and replaces over one antenna per month. We have an Elmer team which encourages and provides equipment to new hams. The club has an estate committee that supports and helps the families of SKs, a sad but important service. In the area of Education, we offer licensing classes, workshops, and four educational programs a month at our meetings. These efforts help us reach out to youth, one of our major areas of focus. We record and archive these programs for use by the community at large. They cover a wide range of topics, from volcanoes to HF propagation to Smith Charts. We also offer workshops at our own regional hamfest, called Winterfest, which now hosts the Virginia Section Convention of the ARRL. Communications is a major focus for us. Our two repeaters support a number of communications efforts, including local EMCOMM networks, and Presidential Inauguration security. We host five nets each week, including our latest which is about having fun with “wild and wacky” digital modes. We enjoy working together as a club in contests like the NAQP and Field Day, where we have finished in the top five in our category for several years. We love to have fun with amateur radio, and we hope we are helping amateur radio and the community at large at the same time.   Amateur of the Year:  Angel M. Vazquez WP3R Angel M. Vazquez was born in Arecibo, PR but grew up in Brooklyn, NY from the age of 2-22.
Graduated from CUNY, Brooklyn campus. Worked at WNYC as a radio engineer before moving back to Arecibo and taking a job at the Arecibo Observatory in 1977. He worked in telescope operations then headed the IT support team, eventually accepted position as Head of Telescope Operations and Puerto Rico Coordination Zone Spectrum Manger. (Current). He became a radio amateur novice class operator in 1993 WP4MBP. Previous calls held include NP3FU (General) KP3AP (Advanced + Extra). In 1997 he acquired vanity call WP3R.

Angel led the MoonBounce effort from the Arecibo Observatory in April 2010 and multiple special events from the observatory using the KP4AO club call of which he is the president and trustee.
He is involved in and enjoys DX (5BDXCC) and contesting. In 1998 along with longtime friend, Dr. Jim Breakall WA3FET constructed a contest station on a hill owned by Jim just outside the Arecibo Observatory that was active and which won numerous ARRL and CQWW events using his WP3R call including a 10-year ARRL SS streak (KE3Q), until being destroyed by hurricane Maria in 2017. Angel provided emergency communications every day for 8 weeks for hundreds of families after hurricane Maria leveled the power and communications grids. With the help of the WWROF, generators were provided to needy ham families in Puerto Rico. These efforts earned him Amateur of the Year in Puerto Rico in 2018 and the YASME Excellence Award in 2019. Has been a VE since 1997 and started the first Virtual/online Bi-Lingual testing program as part of the GLAARG (Greater Los Angeles Amateur Radio Group) VEC. The post 2021 Hamvention Award Winners appeared first on Hamvention.