Arun Venkataswamy has recently completed a write up about his system which automatically captures images of passing aircraft. It works by using a Raspberry Pi and RTL-SDR to listen to ADS-B broadcasts from aircraft. These broadcasts contain the live current location and altitude of all aircraft in his area. When a landing aircraft is detected to be passing near his house, the Raspberry Pi sends a signal to another Raspberry Pi connected to a camera on his balcony, and that snaps a photo of the passing aircraft. In terms of software, Arun uses dump1090 as the ADS-B decoder. For communications between the two Raspberry Pi's he uses Node-RED and Mosquitto in order to communicate with MQTT. On the second Raspberry Pi, gPhoto2 captures images from the camera, and then ImageMagick is used to write some text about the aircraft and photo on the image. Arun's post goes in further detail about the code and conditions he uses to determine when a photo should be snapped. In the past we've posted about a similar project where an RTL-SDR and Raspberry Pi based ADS-B tracker was used with a servo mounted video camera to track and record video of passing aircraft. 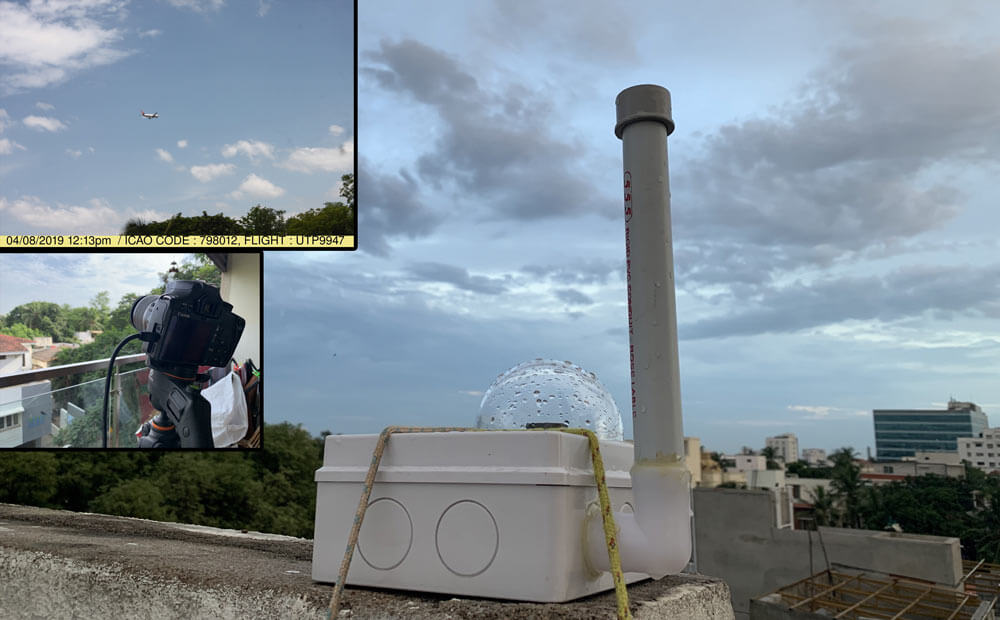