Thank you to Zoltan for submitting a short post about using a moRFeus to uplink WSPR to the Es'Hail-2 (QO-100) geostationary satellite with amateur radio repeater. moRFeus is a versatile US$99 signal generator and frequency mixer that can be controlled either by it's built in LCD screen, or via software on a Windows or Linux PC. It can generate a clean low phase noise tone anywhere between 85 to 5400 MHz, and can be used as a mixer for upconverting or downconverting signals. We have discussed moRFeus a few times before on this blog as we think it's a useful tool. In his setup, Zoltan uses a QRP Labs U3S WSPR transmitter kit that was configured to transmit WSPR at 2m (144 MHz). It is not designed for transmitting the 2.4 GHz QO-100 uplink frequency. To get around that limitation, the moRFeus is used to upconvert the 144 MHz frequency into the QO-100 uplink band by mixing it with a 2,255,634.309 kHz signal. The resulting 2.4 GHz output signal from moRFeus is sent to an amplifier, 2.4 GHz band pass filter, and finally into a 5-turn LHCP helical feed mounted on a 1m parabolic dish. Successful uplink was confirmed by a UK based WebSDR receiving the QO-100 downlink. Zoltan estimates that the total output power was only 4mW, and actually more like 1-2 mW due to losses in the coax feed. 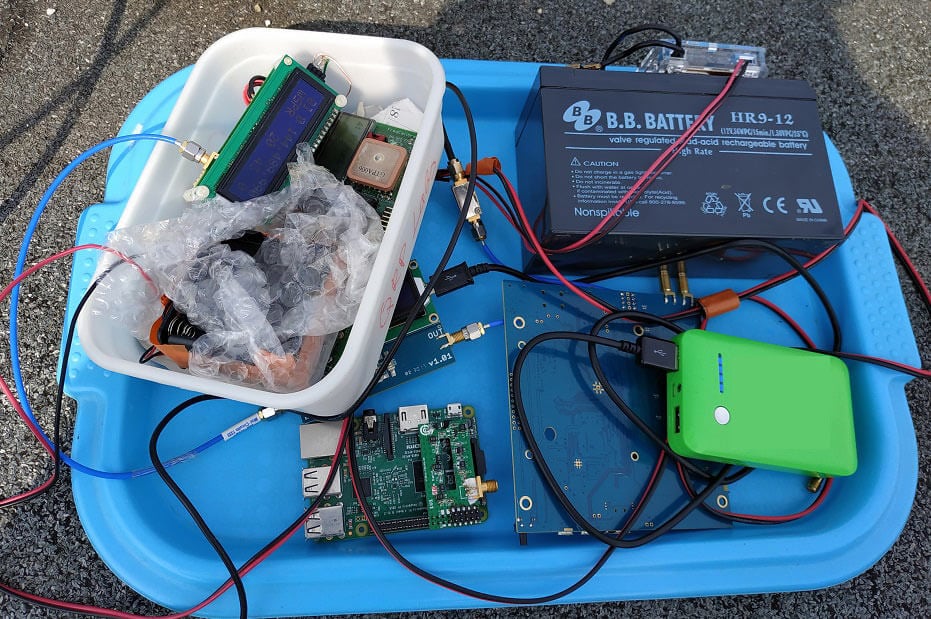 Source: https://www.rtl-sdr.com/transmitting-ws ... -mw-power/
If you can read this,
You probably didn't go to school in Delaware
Top
Post Reply Previous topicNext topic
1 post • Page 1 of 1