Over on his blog, Max Manning has posted about his senior year design project which was an RTL-SDR based passive radar system that he created with his project partner Derek Capone. Max's writeup explains what passive radar is, and how the theory works in a very easy to understand way, utilizing graphs and short animations to help with the understanding. The rest of the post then goes into some deeper math, which is also fully explained. Passive Radar works by using already existing powerful transmitters such as those for TV/FM. A receiver listens for these signals being reflected off of objects like aircraft and vehicles, and compares the reflection with a signal received directly from the transmitter. From this information a speed/range graph of detected objects can be calculated For hardware, the team used two RTL-SDR dongles with the local oscillators connected together. A standard dipole is used as the reference antenna, and a 5-element Yagi is used as the surveillance antenna. Max's post is a great read for those trying to understand how to do passive radar with a KerberosSDR which is our 4x coherent input RTL-SDR unit available from the Othernet store or Hacker warehouse. Being a radio capable of coherency, it is useful for applications like passive radar and direction finding.  Their code is all open source and available on GitHub. We note that their code should also work with KerberosSDR with only either zero to minor modifications required. However, for the KerberosSDR we also have our own passive radar code available which might be a little easier to setup via the GUI. 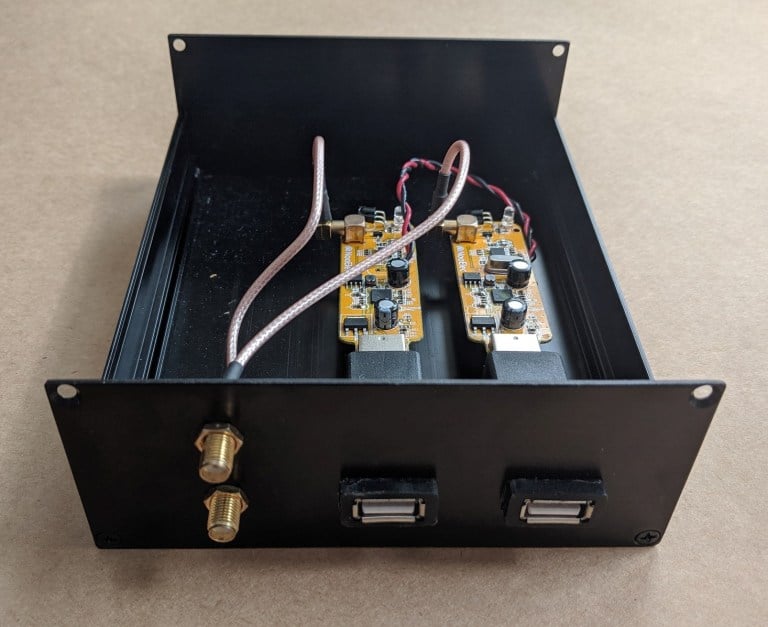